HybriD is a joint project of the Departments of Communication and Business Informatics at the University of Münster, Hamburg University of Applied Sciences and complexium GmbH, Berlin.

The University of Münster is one of the well-known universities in Germany. The Department of Online Communication at the University of Münster is concerned with social changes brought about by the Internet and new media, including dysfunctional forms of digital media use such as hate speech, disinformation and covert propaganda. As part of the HybriD project, the communication science team is working on the feature identification of disinformation as well as the analysis of forms and temporal patterns of disinformation campaigns from a communication science perspective. 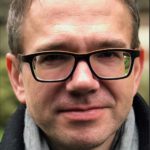 Thorsten Quandt is the Professor of Online Communication at the University of Münster, Germany.  His work focuses on societal changes connected to the Internet and new media. Recent research includes studies on “dark participation”, online propaganda, dysfunctional online use and the transformation of journalism.  His research group’s approaches  and methods operate at the intersection of communication studies, psychology, and data science. Previous academic stations include the University of Hohenheim, the Free University Berlin and LMU Munich, and he was a visiting professor at Stanford University, the University of Oxford and the University of California (Santa Barbara). 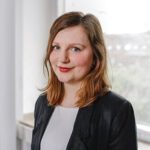 Svenja Boberg completed her Master’s degree in Communication Studies at the University of Münster in 2016 and has since been working in Thorsten Quandt’s team of Online Communication. Until 2019, she worked on the BMBF-funded project “Detecting, Identifying and Combating Covert Propaganda Attacks via Online Media”, where she uses computer-based methods to research the dynamics and interactions of online debates and media coverage. Her dissertation examines the diffusion of emotionalized content on social media networks. Since 2021, she is a research associate in the BMBF-funded project “HybriD”, primarily focusing on escalation logics and thematization processes of disinformation. 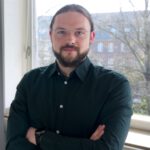 Saïd H. Unger studied sociology and history in Jena and completed his masters degree in sociology and empirical research in Bremen. He began working on topics and methods of computational social sciences during his studies and combined automatic text analysis and social network analysis for his masters thesis. Since december 2021 he is a research associate at project HybriD in the team of Thorsten Quandt where he is mainly working on analyzing cross platform disinformation networks. 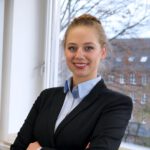 Johanna Klapproth studied communication science at the University of Münster. During her studies, she worked as a student assistant in various research projects, including the interdisciplinary junior research group “DemoRESILdigital: Democratic Resilience in Times of Online Propaganda, Fake News, Fear and Hate Speech”. Her master’s thesis focused on the impact of different intervention strategies to improve critical media literacy and strengthen democratic resilience. Since June 2021 she is a research associate in the team of Thorsten Quandt.

Research programs on information systems at the University of Münster aim to analyze the designs, implementations and evaluations of such. Teaching contents in economics are combined with those of computer science. There are basic premises of the research projects, mainly on scientific relevance and application orientation. Thus, the institute develops models and methods for practical use. 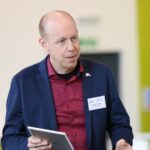 (Assoc. Prof.) is a computer scientist and heads the Social Media Analytics research group at the Data Science: Statistics & Optimization chair at the Institute of Information Systems at Münster University. The group investigates the automation of communication in social networks, related technologies, and new detection methods in the context of disinformation campaigns. Christian Grimme is involved in various projects of the BMBF, the EU, the DAAD, the state of North Rhine-Westphalia, and German security agencies. Dr. Grimme was also initiator of the Multidisciplinary International Symposium on Disinformation in Online Media (MISDOOM) in 2019, member of the steering group of the Algorithmization & Social Interaction Network, member of the European Research Center for Information Systems (ERCIS) and scientific co-leader of the ERCIS Competence Center for Social Media Analytics. 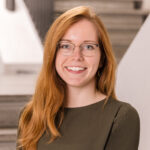 studied Information Systems at the University of Münster. During her studies, she already conducted a funded student research project on visualization and analysis of textual data to detect manipulative campaigns in social media. She started her PhD in 2022 at the Chair of Data Science: Statistics and Optimization. Her focus is on text data stream mining and machine learning.  Furthermore, she already participated in a project targeted with observing and identifying misinformation campaigns during the German general elections. In the HybriD project, her focus is on the development and improvement of algorithms for the detection of campaigns. 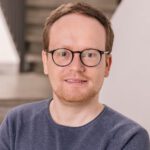 Moritz Seiler is in his fourth year of his Ph.D. and a research assistant at the Department of Information Systems at the University of Münster, Germany. Previously, he also obtained his Master’s in Information Systems at the same University. His research interests are automated algorithm selection and configuration using deep learning. Further, Moritz is interested in investigating the potential of utilizing modern deep learning techniques to detect malicious and manipulative behavior in social media. 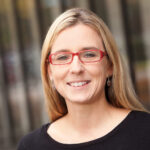 Heike Trautmann is Professor of Data Science: Statistics and Optimization, both at the Department of Information Systems, University of Münster, Germany and the University of Twente, Netherlands. She is also Director of the European Research Center for Information Systems (ERCIS) and head of the ERCIS competence center Social Media Analytics. Moreover, she is key supporter of the Confederation of Laboratories for Artificial Intelligence Research in Europe (CLAIRE) and leading the Topical program “Algorithmization and Social Interaction”. Her research mainly focuses on Artificial Intelligence, Data Science, Data Stream Mining, Social Media Analytics, Automated Algorithm Selection and Configuration, and (Multiobjective) Evolutionary Optimization.

The Department of Information at HAW Hamburg researches digital transformation and information systems in numerous projects. Research on disinformation specifically is done in two further joint projects at the department: NOTORIUS for identification, monitoring and modelling of dissemination patterns of disinformation across plattforms and #UseTheNews for teaching news literacy as part of the initiative. Both projects are headed by Prof. Stöcker.

Prof. Dr. Christian Stöcker, born in 1973, heads the Master’s programme in Digital Communication at HAW Hamburg next to several research projects. The projects mainly deal with the interaction between digital media technology and the public sphere. Previously, he worked for over 11 years as an editor and department head at SPIEGEL ONLINE. Stöcker holds degrees in psychology (Diploma) and cultural criticism. He currently works as a Media Fellow at the Hamburg New Institute. 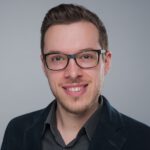 Nils Vief works as a researcher and teacher at the Institute of Political Science at Philipps University Marburg and HAW Hamburg. His field of expertise is the digital structural change of the German media system. He is doing his doctorate on the issue of political disinformation spread in so-called “filter bubbles” and is conducting the “Facebook experiment” for that matter. 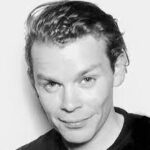 Marcus Bösch researches TikTok and disinformation at HAW Hamburg. Previously he worked as a public broadcasting editor and lecturer for more than ten years. He studied in Cologne and Cambridge and completed a traineeship at Deutsche Welle. Bösch publishes the newsletter Understanding TikTok.

complexium GmbH supports companies and exposed personages with qualified security analyses and customised training. The complexium.analyse division is made of specialists in digital listening, specifically in situations of threat and critical public opinion. Since 2004, analysts and developers have been working together in Berlin in our own dedicated facility on innovative tools for early detection of digital phenomenoms.

Parts of the analysis of infrastructure were developed in cooperation with the Robert Koch Institute (RKI) for “Monitoring biological danger situations in the digital society (Mobi diG)” and funded by the BMBF-programme “KMU-innovative: Research for civil security”. Currently, work is being done on “HybriD – real-time detection of disinformation campaigns in online media” with BMBF funding.

In 2021, complexium.academy has been created. The goal is to combine tools that have already been proven and digital possibilities of New Media. In order to do that a circle of exceptional trainers and experts in the comprehensive security sector is put together to give workshops and share knowledge. #NewSecurity.